Nokia X2 was announced last month and brought to the budget market the enhanced hardware including 1GB of RAM. Microsoft Devices Pakistan has just unveiled the Nokia X2 to the Pakistani market allowing the consumers to have an improved Nokia’s Android with even lower price tag.

Following the Nokia X family of devices, the new Nokia X2 also runs on Nokia X platform built on the Android OS core with Nokia’s own services but provides access to a wide set of Android apps and popular Microsoft services. The Nokia X2 features a monobody with exchangeable back covers that fuses a brightly colored core with a translucent outer layer.

Nokia X2 can be said as successor to the original Nokia X and Nokia X+. It brings a little large screen of 4.3 inches with ClearBlack IPS display. Resolution stays the same at 480×800 pixels which downs the pixels density at 217 PPI.

Important upgrades are the 1.2GHz dual-core Cortex-A7 processor on Qualcomm Snapdragon 200 chipset and 1GB of RAM. Well that is quite an impressive step-up. Another change which is good indeed can be seen in the images of the Nokia X2, that is the additional “home” button next to the “back” button under the screen.

With its 4.3″ display, Nokia X2 of course occupies more space physically than its predecessor measuring 121.7 x 68.3 and is more thicker as 11.1mm which weighs more as 150 grams than Nokia X weighing 129 grams. But that also includes the battery with more capacity in Nokia X2 which is 1800mAh.

Primary camera in Nokia X2 is upgraded with 5MP sensor which was only a 3.15MP on the predecessor. One more appealing addition is the the front-facing camera that was only available in Nokia XL is now present in Nokia X2 but only with VGA resolution of 640×480 pixels.

Not only at the hardware side, Nokia X2 brings updated software that is Nokia X Platform 2.0. It’s based on Android AOSP API Level 18, that’s Android Jelly Bean 4.3. It also brings changes to the user interface of Nokia X2 which more prominently includes the 4 tiles per row (they were only 3 previously). 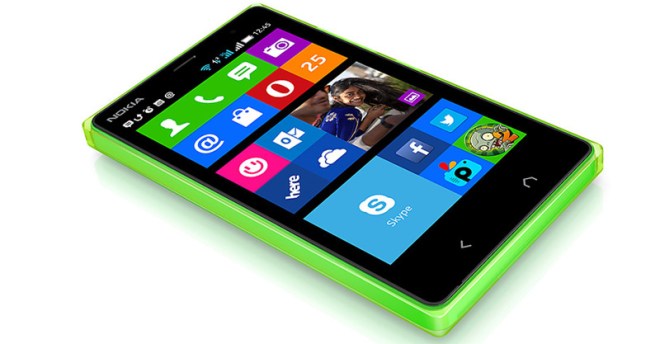 Because of the necessary hardware upgrades, the Nokia X software platform 2.0 won’t be available on Nokia X, Nokia X+ or Nokia XL. However, more updates will be coming to further improve the experience of those devices in the coming months.

There is another screen in addition to the Home screen (the tiles based app launcher) and Fastlane (the recent activities or multitasking view). The new Apps List screen is just like the one on Lumia/Windows Phone OS which provides the list of all the apps installed on the phone. 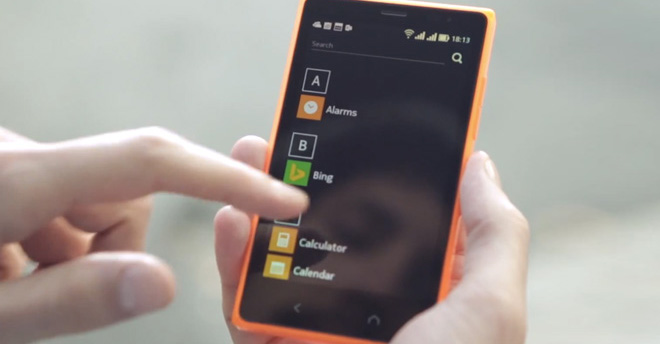 The new Apps list screen also changes the way the original “Home” screen used to do previously. As the the Apps list will now contain all the installed apps, the Home screen will serve for you to contain those apps shortcuts which are important to you. You will decide which app tiles will be pinned to the home screen. The interface should be just like on the Lumia where you pick the app from the Apps list screen and pin it to the home screen.

The Nokia X2 will be available in glossy orange, black and green, with glossy yellow, white and matte dark grey coming later to the lineup. The suggested retail price is Rs. 15,400/- which is a little bit more we guessed according to the global price but still much better in its class.

Checkout the full press release below. or read more about Nokia X2 features.

Microsoft Devices Pakistan unveiled the Nokia X2, the newest addition to the expanding Nokia X family of affordable Smartphones designed to introduce the “next billion” people to the mobile Internet and cloud services. The Nokia X2 represents the rapid evolution of the Nokia X family, delivering an enhanced experience across apps, hardware and the user interface. The Nokia X2 offers stunning design, a more visually striking Fastlane, more Microsoft services, and upgraded specifications including a 4.3-inch Clear Black display, front-facing camera for video calling and 5MP rear camera with autofocus and flash. At a suggested retail price of just PKR 15,400, the Nokia X2 is a compelling choice for a new generation of smartphone buyers.

Like the Nokia X, the new Nokia X2 provides access to a world of Android apps and popular Microsoft services, while allowing people to switch between their favorite apps with the Fastlane feature. The Nokia X2 delivers an even more intuitive, smoother user experience powered by a Qualcomm® Snapdragon™ 200 processor featuring a dual core 1.2 GHz CPU and 1 GB of RAM. The Nokia X2 debuts the next-generation Nokia X Software Platform 2.0 and major enhancements to the user interface. People can choose between three types of screens to facilitate navigation: the colorful “home” with resizable tiles; Fastlane to access recent apps and future calendar items; and a new Lumia-inspired apps list, from which people can pin items to the home screen. A pull-down notifications tab also allows people to glance at connectivity options as well as actionable items, such as software updates available for download. A new home key and visual multitasking complete the experience.

“The Nokia X family is going from strength to strength, with the Nokia X smartphone achieving No. 1 selling status in Pakistan, and other emerging markets*,”said Kamran Masood, Communications Manager, Microsoft Devices Pakistan. “The Nokia X2 elevates the Nokia X experience with a stellar new design, ease of use and new Microsoft experiences. We’re proud to continue to bring smartphone innovation to lower and lower price points.”

As a gateway to Microsoft services, the Nokia X family is driving strong uptake of services such as Skype and OneDrive, while complementing the Lumia family of Smartphones. The Nokia X2 will debut with Outlook.com, Skype and OneDrive pre-loaded, with more available from the Nokia Store, including the Bing Search app.

New-to-the-lineup services including OneNote and Yammer are also available to download free** from the Nokia Store. OneNote allows people to create notes and save them to the cloud through OneDrive, while Yammer makes collaborating with people online as easy as posting to a social network. The option to automatically back up the camera roll to OneDrive takes full advantage of 15 GB of free cloud storage now available through the service, for safeguarding photos, videos, documents and more.

The Nokia X2 will also introduce new third-party titles such as LINE Ranger, Brewster and Findery. Instagram, We Chat, Skype, Benji Bananas Adventures and many more are already available on the redesigned, easy-to-navigate Nokia Store — the place for finding the highest-quality Android apps for the Nokia X family.

The Nokia X2 features a seamless monobody and showcases a new approach to the design of the exchangeable back covers that fuses a brightly colored core with a translucent outer layer. The overall result is a durable device that appears lit from within.

The Nokia X2 will be available at launch in glossy orange, black and green, with glossy yellow, white and matte dark grey coming later to the lineup.