With Nokia Lumia 1020, Nokia Smart Cam takes 10 frames in around 2 seconds. “Best Shot” function lets you review the shots and simply keep the one you find best.

With “Action Shot” feature you can make a crowd like photo in a scene with isolating moving subjects from the still objects. Moving subjects can then be filled with their still appearances in each frame taken.

“Change Faces” works well to operate on the faces that are commonly found with closed-eyes or open-mouths. The feature lets you find better face views from a sequence of photos and change accordingly in the final image.

“Remove Moving Objects” can also be important feature for photos where you think the unexpected entry can easily be spotted in the frame. Any unneeded moving object can be removed from the final photo and yet that’s easy.

The most loving feature I found is the “Motion Focus”. If you are familiar with panning shots in photography, that’s to capture moving subject and freezing it in a shot while blurring out all the background elements. You do it by moving your camera facing straight to moving subject (e.g. a car on the road, or birds flying through the trees). But you need to take care of the right settings of the camera to take such a shot as below.

Unfortunately, with fixed large aperture f/2.2 lens on Lumia 1020 won’t allow you to take such a shot with its Nokia Camera app as you would require to use slower shutter speed to blur the background. Hence you will end up with a photo completely over-exposed in such a bright light outdoors. In such a case when there is large aperture used you normally use ND (Neutral Density) filter applied on the lens to reduce the intensity of light. If I just recall, the Nokia 808 PureView did have a built-in physical ND filter on the lens that you could manually control to turn-on or off and it actually helped to take panning shots with the native camera application. But again, you sure need to take care of all the required settings to be applied on the camera to take such a shot.

Although it’s not possible on Lumia 1020’s camera optically. Nokia Smart Cam gives the feature to work for you to take such a shot with the dramatic effect on the background with its Motion Focus feature. With this, you don’t need to even know what camera settings are as well as you don’t need to move your camera along with the moving car. What you need to do is only to be prepared with your Lumia 1020 facing forward and wait for some vehicle to come in the frame. You just need to click before the vehicle enters your frame. That’s it, Nokia Smart Cam will capture the burst shots in sequence and provides you with each captured frame that you’ll slide left or right to get the moving subject in the mid of the frame and save. Background blur can be changed with low and high pressure. Final image you have seen as above. Download full resolution image of above panning shot.

(you may need to repeat taking the shot with another vehicle if first try didn’t get the vehicle in the middle of a frame).

There is a bunch of other standalone camera apps with different kind of features, Windows Phone calls it “lenses”. You can initiate any of them right from the Nokia Camera app just like you can do from the native camera app. As well, once installed individually from the Windows Phone store, they are available on your main Applications screen and launch them as standalone.

When talking about Nokia Lumia 1020 or other Lumia smartphone, it gets a special treat from Nokia with special camera apps which include panorama capturing “Nokia Panorama”. With the help of panning the camera horizontally and capture multiple shots (5 shots) in sequence while maintaining the alignment of the field of view a wider panorama image is created. A guide line is provided on the screen.

Looking at the highest resolution sensor Lumia 1020 really made me think that now the panorama image would be an awesomely huge. But it ended up at around 15 megapixels at its best (5 shots in a row, horizontally or vertically). The final pano stitching is impressive but taking the shots feels to be struggling while loosing track of the alignment when panorama app asks you to go back and realign. Comparatively, iPhone’s panoramas snapping and stitching is way better and quick as well as with huge resolution of around 25 megapixels. With an exception, the Samsung Galaxy S4 produces even more huge panos.

Nokia Refocus is another feature we like working with. The app performs a focus sweep analysis on the entire focus range and takes 2 to 8 shots at different focus points in up to 2 seconds. After the image is ready, you can review and change focus by tapping at different portions of the image.

Colour pop function is an additional with the refocus app, you just tap on a colour to keep and give the other parts of the photo with the black & white view. 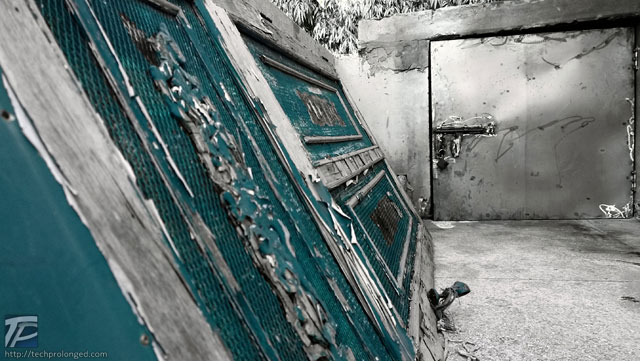 You might want to check in-depth review of Nokia Refocus app along with the in-browser refocus simulator.

GIF images have their important roll animated images where small movements present their existence in flat pictures on the web. Nokia Cinemagraph captures small length video and presents you with the image to let you choose which part of the image to keep still and which part to keep moving.

Hardware wise Lumia 1020 seems much capable of a smartphone with the competition. 2 GB of RAM and Dual-core Snapdragon processor is really a healthy package. But I am bit afraid that it’s not up to match the giant image sensor of 41 megapixels. Performance is not up to the caliber of what the competition delivers. I really believe Lumia 1020’s camera sensor is equipped with an unmatched CPU. What need to mention here is the Lumia 1520’s quad-core processor Snapdragon 800 which works faster with its 20 megapixels camera, would have been better for Lumia 1020. But I can say that time really does matter, Lumia 1020’s camera sensor born before the required processor?

So what Lumia 1020 delivers, you have be patient with it and have to wait between shot-to-shot time delay that may vary from 2 seconds to 5 seconds. Of course it has to work with the huge sensor data. Even I sometimes got frustrated of the delay when some moment passed before I capture it. Other performances like, acquiring focus, switching exposures, smooth zooming are much better to the competition if not best. However it goes very smooth while snapping. There is no jerks in performance and the output just amazed us with the notable excellence in image quality. Specially after updating to “Lumia Black” software update Lumia 1020 overcomes most of our reservations.

For giving out as much pixels on a phone camera, the Finish manufacturer has explained already that it’s to get more detail in low-resolution images instead of making big images. Which as well improves zooming feature with loss-less detail when looking closer. Thanks to Nokia’s pixels oversampling technique. You would know better if had an idea about the original Nokia 808 PureView. If calculating math, the full 38 megapixels image may be printed on a 2 feet wide paper at 300dpi. Printing is not the deal now a days, however if you want some you can get them printed as well. Most of us would keep them stored in our computers or share it away on social networks. 5 megapixels file is generated by the phone for exactly that purpose.